One of my favorite types of illustration jobs is book covers. I’ve done several over the years and found them to be great gigs in several ways. At four to six weeks, the deadlines aren’t as frantic as the two to three day newspaper deadline, or as plodding as the children’s book six to nine month deadline. The pay is the most appropriate to the amount of work as well. The covers I have done have all been in the $1500-$3000 range. Considering the $6,000 to $12,000 I have been paid  for 32 illustrated pages of children’s picture books, that break down is pretty sweet. I also really enjoy the challenge of summing up an entire work of literature into one image. That visual problem solving is really fun.

This is one of the first book covers I ever illustrated and the first of many for Berkley Prime Crime. As you can see, it is a collection of cooking based mysteries. I took delight in twisting this cozy kitchen scene into a menacing murder setting. 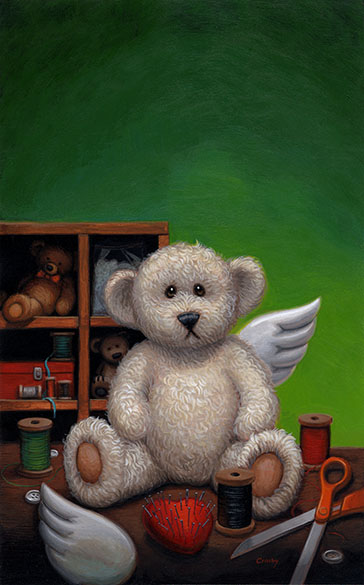 These are from a series of mysteries based on the teddy bear crafting world. Berkley definitely likes its themed mysteries. With all of their covers, death had to be implied through mood and juxtaposition of elements, not graphically depicted. No blood or bodies allowed! 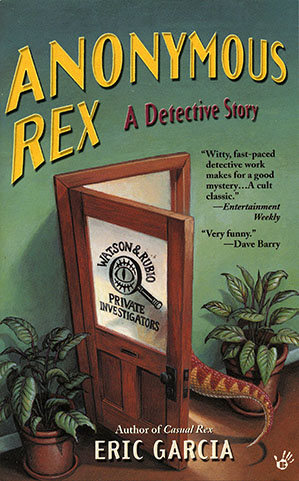 Here are covers from another two series that I illustrated for Berkley. The art director for all of these was Steve Ferlauto, one of my longest lasting and most fun to work with clients. Unfortunately, he stopped working for Berkley, and as a result, so did I.

This is the only children’s chapter book cover I have illustrated. And it was a pretty sweet deal! Not only was it a fun book about vikings and time travel, and it paid really well, but Greenwillow sprang for a photoshoot! I got to set up the scene with a photographer, lighting, and three professional models (the boys and the dog). There wasn’t a collie available so we photographed a labrador retriever instead and I had to convert it to its furrier cousin. Unfortunately, the art director left Greenwillow right after this job and you know how that goes…

It has been several years since I have had a book cover illustration job. My work shifted more toward children’s picture books. But as I said, I really enjoy creating them and would like to get back into the game. I need to build up my portfolio a bit more. And to that end, I created this cover for an assignment that Lucy Cummins, art director at Simon and Schuster Books For Young Readers, gave us as part of her visit to the Houston SCBWI regional conference this past spring. It is a book that she had already commissioned a cover for,  about a preteen girl whose father works in a haunted opera house. This is one of my first attempts at hand rendering type, which Lucy encouraged when I sent her the sketch. I’m happy with the result and want to do more. It makes sense for me, since I have a degree in graphic design and teach it at Texas State University. Hopefully there will be more book cover work like this for me in the near future.

One thought on “I Got It Covered”